For times when you want to be on top of your CI. 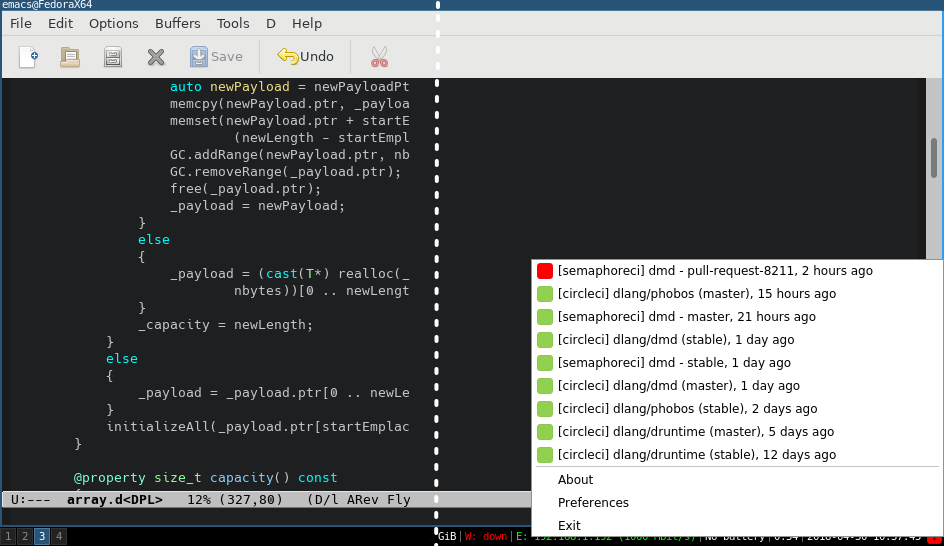 As with anything trying to grab your attention, turn it off while programming and during recreation time.

While recently testing buildkite as a possible replacement of Jenkins for ci.dlang.io, I stumbled upon a nice RSS-like API to deliver CI statuses. The XML based format, originally developed by CruiseControl, is supported by most CIs and tray-icon apps exist for Linux (BuildNotify), OSX (ccmenu), and Windows (CCTray).

Finding URLs of all the different services takes some time, so here is a list for the common candidates.

The linux client has a couple of small issues, no real showstoppers though and very worthwhile to be fixed.